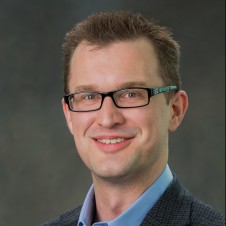 Matt Jordan is CTO at Digium. Matt joined Digium in 2011 as a software developer on the Asterisk project. During that time, he was involved in the development of both Asterisk and the Asterisk Test Suite. If there is a failing voicemail test in your Test Suite, it is highly likely to be his fault. From 2012 to 2015, Matt was lead of the Asterisk project. During this time, a major re-architecture of Asterisk was performed (Asterisk 12), culminating in a new SIP stack based on PJSIP and new APIs for building communication applications. If you like these changes, Matt is happy for you, and would love to celebrate your success with you over beer at AstriCon. If you don't like these changes, Matt will be happy to listen to your complaints over beer at AstriCon. In 2015, Matt was named an Engineering Director at Digium. Apparently he didn't mess this up too badly, as in 2016 Matt was named CTO of Digium. Prior to Digium, one could describe Matt's background in software development as “eclectic”, having worked in a variety of industries. Uniting the various experiences, however, is a firm belief in good software development practices and methodologies and the effect they have on producing quality software. In his free time, Matt runs (hopefully), reads, enjoys art, and - along with his exceedingly awesome wife - tolerates their slightly neurotic dog.

Overview When the development goals were laid out at AstriDevCon for Asterisk 12 way back in 2012, we had two primary missions: Build a new SIP channel driver to replace

Several improvements to ARI’s media manipulation are coming in Asterisk 14. In this post, we’ll explore media playlists, how they are used, and the problem they solve. A Simple Application

Debugging SIP Messages the Traditional Way Since its release, the PJSIP stack has provided logging of SIP message traffic via the pjsip set logger  CLI command. This dumps all received and transmitted

Statistics all the Things It’s often useful to know what is happening on a production Asterisk server. While gathering machine statistics – such as disk I/O, CPU and memory usage,

How to Contribute to Asterisk: Part Three

In the previous post on contributing to Asterisk, we set up the Asterisk Test Suite and wrote a test for the CDR  dialplan function that reproduced the bug in ASTERISK-25179

How to Contribute to Asterisk: Part Two

In the previous post, we: Picked out a bug to fix, ASTERISK-25179 Signed up for an Asterisk account, signed a CLA, and created our profile in Gerrit Cloned Asterisk from

How to Contribute to Asterisk: Part One

Have you ever run into a bug in Asterisk? If so, don’t despair. Asterisk is software, and despite anyone’s claims to the contrary, all software contains bugs. While you can

More From
The Digium Blog