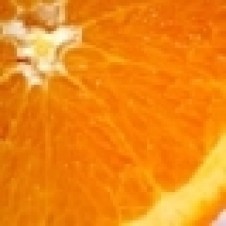 Mark Michelson is a software developer and open source team lead at Digium and ten-year veteran to Asterisk development. His largest contributions to Asterisk include being one of the architects of the call completion supplementary services, being one of the architects of the PJSIP-based SIP channel driver that was introduced in Asterisk 12. He has his fingers just about everywhere in the code, though. Mark loves keeping up-to-date on software trends and applying what he learns to the Asterisk project. One of his biggest boasts is that he has actually removed more lines of code than he has added. Mark's interests outside of software development include cooking, skiing, travel, video games, and beer.

For those of you budding Asterisk developers out there, you may find yourself browsing the source code. All over, you’ll find function calls prefixed with “ast”, like “ast_read” or “ast_poll”.

Security releases of Asterisk were recently created. In this post, we’d like to go into the depths of two of the security issues and how they affected Asterisk. Before going

Do you use WebRTC with Asterisk? Did you notice calls stop working after updating Google Chrome to version 57? Are you curious why that happened? The answer is the rtcp-mux

You Down With SDP? (Yeah you know me)

In the previous post, Josh introduced the forthcoming addition of streams to Asterisk. I’m going to piggyback on that to introduce a unified SDP API to Asterisk. What’s the motivation

Floating Point Imprecision: or, why we had to make a regression release

In this post, we’re going to take a deep dive into a bug that was reported against the 13.9.0 version of Asterisk shortly after its release. This blog entry will

The Gutting of ODBC in Asterisk

When Asterisk 13.8.0 gets released, it will contain a large-scale change to the ODBC code. Those of you that use ODBC for your realtime configuration will either see no change

More From
The Digium Blog